Al Zacher’s backyard is a tangle of trees that comes alive each spring when branches bloom and robins return from their southern sojourn. Floor-to-ceiling windows along the back of his mid-century modern home in southwest Fort Wayne allow Zacher to surround himself with nature. The 92-year-old founder of The Zacher […]

Al Zacher’s backyard is a tangle of trees that comes alive each spring when branches bloom and robins return from their southern sojourn.

Floor-to-ceiling windows along the back of his mid-century modern home in southwest Fort Wayne allow Zacher to surround himself with nature.

The 92-year-old founder of The Zacher Co., a commercial and industrial real estate firm, also appreciatesanother type of nature – his own.

“There are people who went through what I did as a child who were destroyed by it,” Zacher said while seated at a table overlooking his bird feeders. “You are born with certain characteristics” that determine how you react to life’s circumstances.

Zacher spoke to The Journal Gazette this month about his life, his career and his contributions to the city he has called home for 67 years.

“There was a direct connection between my work and economic opportunity for the community,” he said. “Job creation was an important result of the kind of work I did.”

Zacher was 10 years old when his father, a grocery store owner, died during the Great Depression.

His mother, who had taken a bookkeeping course, went to work to support her three children – Zacher, his older brother and younger sister.

“We were extremely frugal. We watched every penny,” he said. “I have to give my mother credit. She never acted like she wasn’t totally equal to” the challenge of providing for three children on her own.

Zacher got his first job at 14, stocking shelves and making sales in a furniture store. He put himself through college by alternately attending classes for a semester and working and saving for a few months. The result was a bachelor’s degree from Antioch College in Yellow Springs, Ohio.

The Korean War came calling at that point. Zacher was drafted into the U.S. Army Corps of Engineers, where he supported front-line troops. After his service ended two years later, Zacher used the GI Bill to pay for a master’s degree in economics from the University of Michigan.

“Jobs were very hard to get when I graduated” in 1953, he said, adding that word of a retail job opening in Fort Wayne persuaded him to move south.

Zacher, whose mother had also died by then, wasted no time becoming integrated into the community. He quickly met and married his late wife, the former Hannah Frankenstein, the daughter of a local attorney, Solly Frankenstein.

“I had no father or mother. I look back on it, and my wife was very courageous marrying me,” Zacher said, adding that his spouse’s family embraced him.

“And that part, I liked,” he recalled.

At 32, the married father of two decided to launch a commercial and industrial real estate business. His life insurance agent and his wife’s doctor were among his first clients.

“They were very wonderful in asking me to work on things,” he said.

“I did some very big things right from the start,” he said.

The firm went on to work on corporate headquarters projects for Magnavox Corp., Brotherhood Mutual Insurance Co. and Parkview Health, among others.

The end result was economic development. Each retail store that opened, each company that relocated here, each employer that expanded created more jobs, Zacher said. Deals he worked on resulted in thousands of new local jobs.

But he didn’t focus solely on doing deals and collecting his fees.

“I cared very much about my clients. I represented their welfare,” he said, adding that he’d recommend passing on a project if it wasn’t in a client’s best interests – even though it meant losing the commission.

His son, Steve Zacher, joined The Zacher Co. 30 years ago and bought it 20 years ago.

Steve Zacher started his career working for employers in Detroit and Boston in positions unrelated to commercial real estate. He learned the industry from his father.

“He was an excellent teacher. He was patient,” Steve Zacher said.

Textbooks and classes can convey the nuts and bolts of commercial real estate, he said, but new professionals really learn by doing it.

“A big part of it is relationships and how you treat people,” Steve Zacher said, adding that his father was a role model in how to work with clients.

The elder Zacher, who regularly participates in Zoom meetings during the coronavirus pandemic, has continued to change with the times, never getting stuck in the past.

Al Zacher gives his son credit for leading an expansion of the firm now celebrating its 60th anniversary.

“He’s done stuff I wasn’t able to do,” Al said about Steve. “He’s built a company. I was a small firm guy.”

Ben and Sharon Eisbart moved to Fort Wayne in 1972, a little more than a decade after Zacher started his commercial real estate company. They met through the Jewish Federation and have a decadeslong friendship.

Zacher and Ben Eisbart serve together on the Fort Wayne Philharmonic’s board.

“He impressed me with his fairness, his caring for people, his understanding of complex deals,” Eisbart said. “Al, when he opens his mouth, backs it up with reason and logic and with passion – in the right sense of the word.”

Judy Pursley also serves on the philharmonic’s board. She and Zacher are also on the boards of Vincent Village and SCAN – Stop Child Abuse Now.

Zacher comes up with fresh ideas to deal with challenges the nonprofits face, Pursley said. But he doesn’t just pitch his suggestions and expect someone else to do the work.

Zacher does research, including talking with stakeholders and getting cost estimates, before making a thoughtfully prepared presentation.

“What Al brings to a board is, of course, history. He brings innovations. He brings research for his innovations,” she said. “He brings a civility to the members of the board. And he brings follow-through. He is not a one-hour-a-month board member.”

“He sets the bar high and is a wonderful example of board service,” she said.

Zacher said he thrives on the personal relationships formed through his participation on five boards – and friendships forged over years of supporting nonprofits including Park Center, the Northeast Indiana Innovation Center, Civic Theatre and The History Center.

When public health restrictions allow, he meets a group of friends for dinner twice a week and previously participated in a regular low-stakes poker game that was more about social interaction than winning.

Zacher, who continues to participate in a few real estate deals, has indulged his love of U.S. history and politics by researching and writing a book titled “Presidential Power in Troubled Second Terms: A Historical Look at the Second Term.” It was published in 2012.

Steve Zacher said his father continues to be a voracious reader.

“He knows an awful lot about a lot of things,” Steve Zacher said.

“He is a consummate gentleman,” she said. “He is of an era gone by.”

Pursley said she would happily act as president of Zacher’s fan club, if he had one.

Wed Mar 24 , 2021
Season 2 of “Rock the Block” has created some incredible kitchens and living spaces, but now, the competitors must move on to their master suites. In the latest episode, “Rock the Main Bedrooms,” the host, Ty Pennington, introduces the guest judges, Egypt Sherrod from “Flipping Virgins” and her husband, the […] 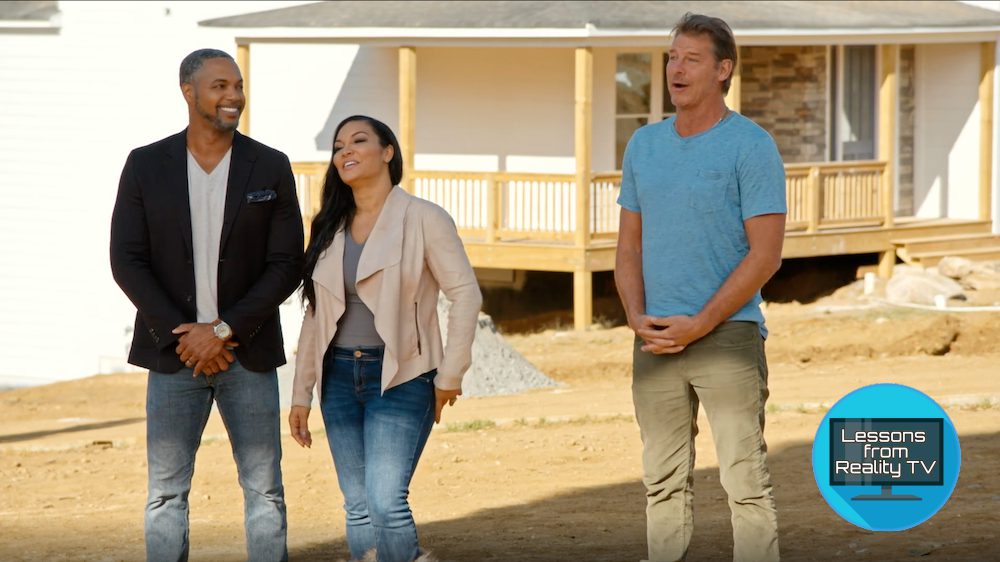