Robert De Niro must really need a paycheck. The purportedly tapped-out actor and Nobu investor is among a gaggle of celebrities shilling the WELL Health-Safety Seal, a real-estate endorsement that is supposed to provide a COVID pandemic-weary public peace of mind. The International WELL Building Institute, the company behind the […]

The purportedly tapped-out actor and Nobu investor is among a gaggle of celebrities shilling the WELL Health-Safety Seal, a real-estate endorsement that is supposed to provide a COVID pandemic-weary public peace of mind.

The International WELL Building Institute, the company behind the effort — founded by a former partner at Goldman Sachs — has also engaged Lady Gaga, Jennifer Lopez and Venus Williams in its minute-long ad spot. The commercial includes nine mentions of “safety” or some variation on the word.

The pitch appears to be working.

Hundreds of New York City properties, including the Empire State Building and Yankee Stadium, have already signed on, plunking down fees for the seal of approval that range from $2,730 for a small business to $4,200 for a standard building to $12,600 for an arena.

In order to get their seals — which are displayed on building exteriors — companies have to comply with at least 15 of 22 standards to address COVID-19 concerns. Many of the requirements are not exactly lofty, and some are already mandated by law.

The standards include ensuring that bathroom hand soap is fragrance free; that indoor smoking is prohibited; employee medical insurance is offered and contains coverage for “sexual and reproductive health services”; and an inventory is made of all air filters.

Nothing is verified by on-site inspectors. Instead applicants simply supply a “professional narrative” or a company policy or operations schedule. The written information undergoes a third-party review, according to the International WELL Building Institute, which says it typically requires hundreds of pages of documentation for each project.

“Everything may look the same, but the WELL Health-Safety seal means that your health and safety are top of mind,” De Niro says in the high-production value commercial directed by Spike Lee.

The seal contains a QR code that allows the public to find out which of the 22 standards the property purportedly adheres to — although there is nothing on the seal to explain that.

“There’s hundreds of BS standards/accreditations now,” a construction-industry source told The Post. “Most of them are just a short jump away from buildings codes. You just pay up to get accredited.”

New York City buildings are already required to prohibit smoking and, in the case of restaurants, display a letter grade from an inspection — another of the WELL standards.

The WELL safety initiative grew out of a company called Delos that Paul Scialla founded in 2009. His twin, Peter, also once a Goldman Sachs partner, is the company president.

The venture got $108 million from Jeff Vinik, the owner of the Tampa Bay Lightning hockey team; Hong Kong developer Sino-Ocean Land Holdings; and Cascade Investment, an asset management firm owned by Bill Gates, according to a 2015 report.

It is unclear how much the celebrities are getting paid to promote the safety seal. Reps for De Niro, Lopez, Lady Gaga and Williams did not return requests for comment.

As of Wednesday evening, the company listed 17,873 people as having taken or signed up for the test and 21,259 projects having been certified or enrolled in the “safety seal” program. Nearly 600 New York City buildings have the seal, according to the International WELL Building Institute.

“The purpose of the advertising campaign is to create public awareness of the WELL Health-Safety Seal and educate people on the impact that indoor spaces have on our health and well-being,” the company said in a statement.

The ad ends with the following small print: “Achievement of the WELL Health-Safety Rating does not guarantee that a space is safe or free from pathogens.”

Home improvements projects that could affect your insurance plan

Mon May 10 , 2021
From expansions to new kitchen countertops, you’ll want to give your agent a call. Throughout the pandemic home improvement projects have gone through through the roof. Take the Levyn’s for example, the couple added a new deck to their back yard. “You want where you live, if you have to […] 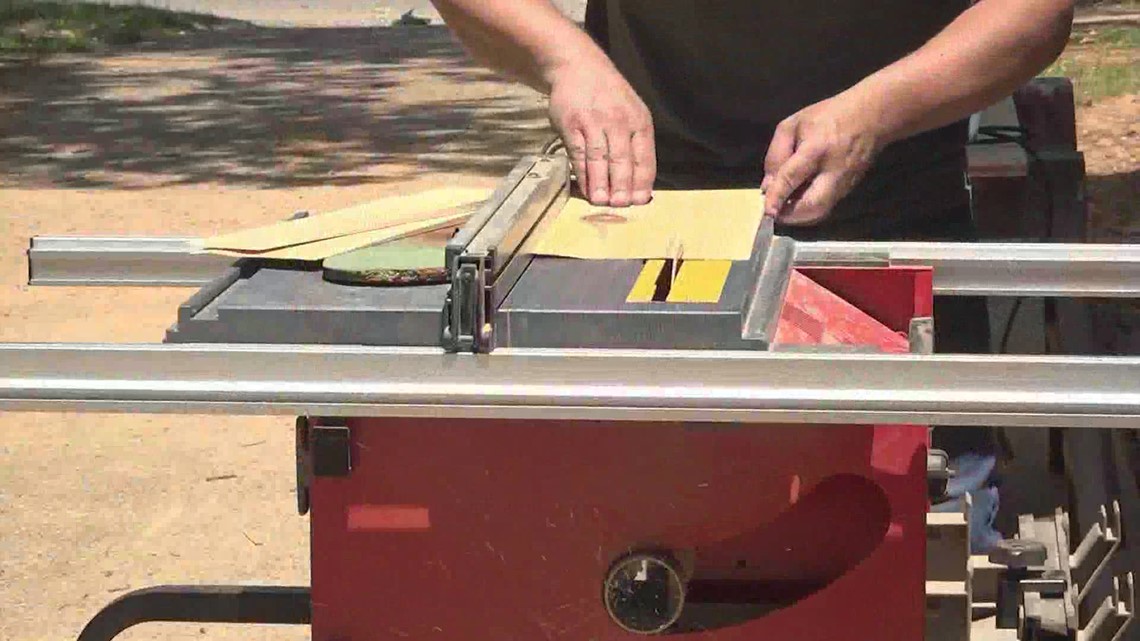