Staying at home during the pandemic has changed the way homeowners renovate, but not always in ways you might expect. You could assume, for example, that homeowners are desperate for privacy and therefore adding more walls. But interior designer Max Humphrey says rumors of the open floor plan’s death, which […]

Staying at home during the pandemic has changed the way homeowners renovate, but not always in ways you might expect.

You could assume, for example, that homeowners are desperate for privacy and therefore adding more walls.

But interior designer Max Humphrey says rumors of the open floor plan’s death, which bubble up every year, are exaggerated.

“I think middle America still loves their open floor plans,” says Humphrey, who is based in Portland, Oregon. “Designers are talking about how open floor plans are over, but believe me, they’re not.”

Instead, homeowners are creating spaces they’d want to visit if they didn’t live there. Home kitchens have replaced restaurants, and your favorite outdoor bar is now your patio.

Many homeowners paid for their upgrades with savings last year, according to NerdWallet’s 2020 Home Improvement Report. Indeed, if the economic impact of the pandemic hasn’t hit your own finances, cash is the cheapest way to cover home renovations.

But there are also affordable financing options, including cash-out refinancing and personal loans, for those who don’t have or want to use savings.

Here are projects interior designers expect to see more of as the pandemic stretches into 2021, plus financing options to make them a reality.

Stephanie Sullivan is busier now than at any time since she became a full-time interior designer in 2014.

Her clients are seeing again the things in their homes they wanted to change when they bought the house but stayed busy enough over the years to ignore.

“It’s amazing how we don’t notice stuff until we’re stuck at home going, ‘hmm, really,’” she says. “So they’ve been walking past it for years, and now everybody’s home and they’re going, ‘Wait, I can’t do this.’”

A homeowner asking her to redesign the entire house is common these days, says Sullivan, who is based in Austin, Texas.

She says multiple clients in the last year have said, “I just need you to start at the front door.”

Fully remodeling most or all of the rooms in your house is likely an expensive endeavor.

If your project is $50,000 or more, certified financial planner Sarah Ponder recommends a cash-out refinance, which involves replacing your existing mortgage with a larger one and using the extra money to renovate.

Cash-out refinance is a good option only if you have enough home equity to match the project cost and if you get a low interest rate — a real possibility given today’s low mortgage rates, says Ponder, whose company, Real Estate Wealth Planning, is based near Austin.

It’ll take patience, too. The refinance process used to take about a month, Ponder says, but lately, it can take two or three months.

Another common request Sullivan says she receives from homeowners: Turn a master bathroom into an at-home spa.

“Since they can’t go to the spa, they’re creating spa retreats in their bathrooms,” she says.

They’re redoing their kitchens as places to connect with family, she says, but they also want their own getaway, even if it’s just upstairs.

Homeowners are also transforming basements and spare rooms into home offices and study rooms, or gyms and playrooms, Humphrey says.

He says his clients are looking for ways to sprawl out.

For midsized projects like one- or two-room renovations, refinancing your mortgage may not be worth the time and effort.

San Antonio-based CFP Tess Downing says a personal loan could work for projects around $20,000. These loans don’t use your home as collateral, and qualifying is based on your creditworthiness and finances. Good credit and little existing debt are must-haves to get a low rate.

Consumers who qualified for a personal loan in 2020 with excellent credit (720 or higher FICO) typically were approved for rates between 10.7% and 12.5%, according to NerdWallet marketplace data.

There are also affordable ways to get a fresh look in your home on a budget.

Replacing light fixtures can make a big difference, says Humphrey, and first-timers can get help from YouTube.

“It’s things that you notice every day, you know, that’s the light in your house,” he says. “Even as a renter, I would swap light fixtures.”

Homeowners can also add a roll of stick-on wallpaper, he says, or a fresh coat of paint. Even new towels, lightbulbs and bedsheets can change the look of a room.

Smaller projects you do on your own, like updating your home office or adding some new shelving, can be done on a budget.

If the cost of your project is below $10,000, a zero-interest credit could be a good pick, Ponder says. If you can pay the balance during the card’s promotional period (often 12 to 18 months) you’ll finish your project interest-free.

More traditional credit cards and store rewards cards can also help you cover purchases on these projects, especially if you have a card with a hardware or furniture store. Be sure you can pay the balance in full each month to avoid interest.

It’s probably not worth your time and money to go all-out renovating a home you’re going to sell in a couple of years because you won’t make that money back, Humphrey says.

He cautions his clients against overpersonalizing a home they don’t plan to stay in long-term.

“I don’t love to think about resale when I’m designing for somebody, but the pandemic isn’t going to be forever,” he says. “So I do encourage people to think a little bit about resale.”

But for as long as home remains a restaurant, spa, gym, school and office, go ahead and make some changes you can afford just because they make you happy.

The article Popular 2021 Home Upgrades — and How to Pay for Them originally appeared on NerdWallet.

Mon Mar 1 , 2021
There was a time in history when lords and ladies were unfailingly private about their bathroom habits. If they could go about their business in separate wings of their homes to protect each other’s delicate sensibilities, so be it. No longer. A new study of 2,000 Americans living with a […] 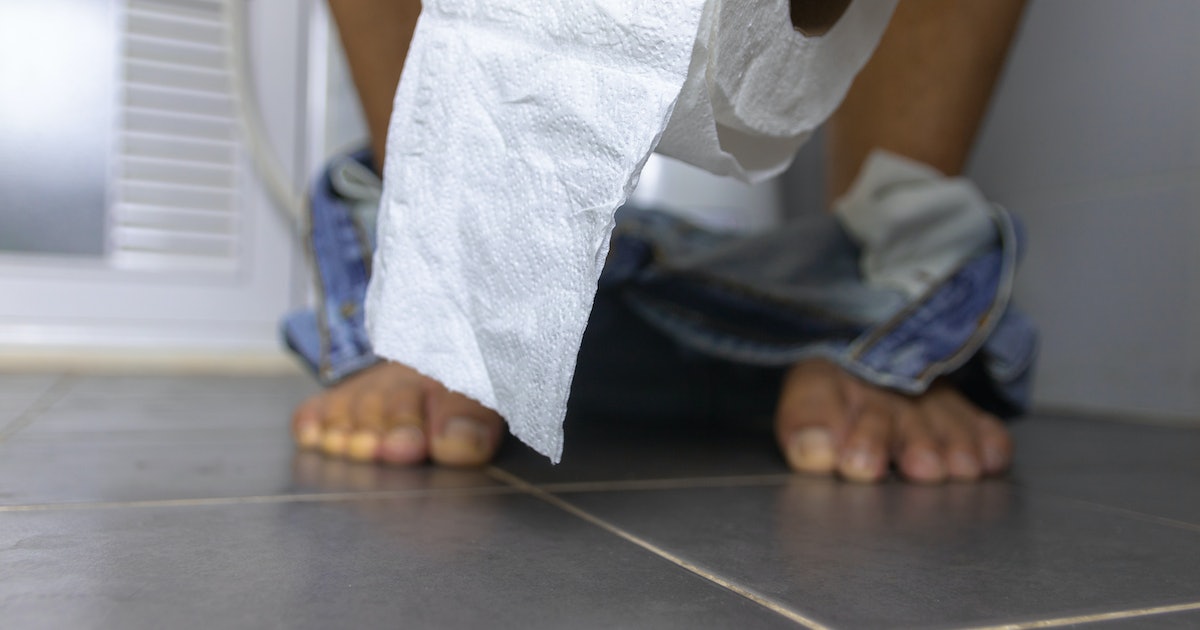