Real-estate agent Melissa McHarney was told to make an offer on a house in Durham, North Carolina, for $60,000 over the asking price. She told her client, who was using a government-backed home loan provided by Veterans’ Affairs, that it wasn’t a smart idea financially. The client told her to […]

Real-estate agent Melissa McHarney was told to make an offer on a house in Durham, North Carolina, for $60,000 over the asking price.

She told her client, who was using a government-backed home loan provided by Veterans’ Affairs, that it wasn’t a smart idea financially. The client told her to do it anyway.

“We didn’t win,” McHarney said. In the end, the seller took the conventional offer over the VA offer.

Amid the hot real-estate market, veterans and military families have struggled to find homes as the country faces a shortage of 4 million houses, skyrocketing prices, and a lack of building materials. The shortage has pitted civilians with cash or conventional loans against military personnel seeking to use the VA’s home loan — a government benefit provided to veterans that offers zero-down-payment loans and low interest rates.

“We’re going to lose every time,” said McHarney, who is the broker-owner of Freedom & Family Realty, near Fort Bragg in North Carolina.

Fort Bragg is the largest U.S. Army base by population, with more than 545,000 active duty soldiers along with tens of thousands more of active duty family members, civilian employees, and contractors. Real-estate agent Mark Mayoras, a retired colonel of the U.S. Army, described the base as the “center of the universe” for the branch.

The base is located just outside of Fayetteville, North Carolina, and about an hour south of the Research Triangle, which includes the cities of Raleigh, Durham, and Chapel Hill.

North Carolina’s housing market, as in many other states, has boomed during the pandemic, as many people fled big cities in search of a more favorable cost and standard of living. But that trend has put a squeeze on the state’s real-estate market, with the number of available houses down more than 40% as of October in parts of the Research Triangle and Charlotte. That’s led to higher housing prices and bidding wars.

Close to base in Fayetteville, the housing market usually has about 1,500 homes for sale, but now only has about 300, according to Mayoras, the owner, founder, and broker of Soldiers First Real Estate, which has eight locations across the country, including Fort Bragg.

Mayoras said his military clients, who usually don’t have a lot of cash on hand and are accustomed to not paying closing costs around bases, are at a “disadvantage” to civilians making cash offers or using conventional loans.

The military has “been spoiled their entire time to not have to pay closing costs and not have to have cash,” he said. “You can’t overcome 15 years of not having cash in six to nine to 12 months just because the market changed.”

‘One step short’ of discriminatory

On top of that, sellers seeking the best deal oftentimes won’t even consider military buyers because of misperceptions about the VA loan process, said Chris Birk, vice president of mortgage insight at Veterans United, a VA lender.

Those misperceptions, like sellers being required to pay closing costs or VA appraisals coming in lower than conventional appraisals, often lead sellers and agents to seek only cash or conventional offers.

But, he said, those are just misperceptions. VA buyers are the safest bet on the market and have the lowest foreclosure rate, according to data from the National Delinquency Survey. Created in 1944, the loans were meant to expand veterans’ access to home ownership.

“These are veterans and military families who have served our country; they’ve earned this benefit,” he said. “It feels like the least you can do is let them make an offer and let them compete.”

Mayoras said the current real-estate market isn’t necessarily discriminatory against military, “but I do think it’s one step short of it.”

He’s seen people make cash offers with no inspection or appraisal, and “there’s no military buyer who’s going to beat that,” he said.

Then, if a cash offer isn’t on the table, the seller will usually take the conventional loan offer, he said. That’s because sellers often think if the appraisal comes in lower than the selling price, a conventional buyer will be able to make up the difference with cash and assume a military buyer can’t.

As for other options besides purchasing a home, military personnel don’t have much choice. On-base housing around Fort Bragg is in short supply along with rentals near bases as people are opting to sell their homes instead of continue renting, McHarney said.

“It’s literally putting people on the street,” she said.

“For every property we put up, we get five to 10 apps within a day and people calling frantically begging for a house to live in,” she said. “We’ve never seen a market like this.”

One of her clients is an active-duty military couple changing stations from Japan, and she’s struggling to find them a place to live.

“She’s eight months pregnant,” McHarney said. “Every day I think ‘oh my gosh, I have to find that baby a home.'”

© Copyright 2021 Business Insider. All rights reserved. This material may not be published, broadcast, rewritten or redistributed.

Sun Apr 25 , 2021
Alex Cora preached it over and over during the spring: For the Red Sox to compete this season, they need to be better at Fenway Park and against divisional opponents. So far, they’re falling short in one of those goals. With Saturday’s 8-2 loss to the Mariners, the Red Sox […] 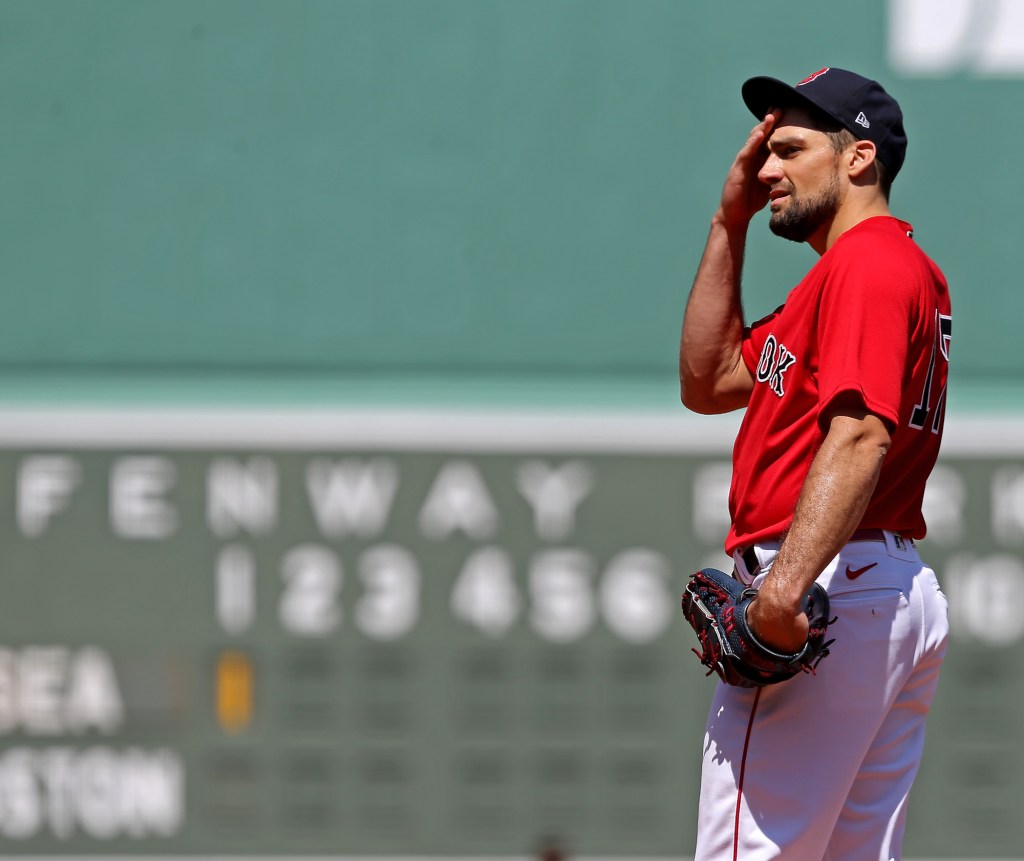