INDEPENDENCE, Mo. — Bath time was always a struggle for this Independence family raising a child with special needs. “He loves feeling water against his skin,” said mom Erika Hinrichs, talking about her 10-year-old son Mickey. In fact, he loves the water so much, she’ll often find him fully dressed […]

INDEPENDENCE, Mo. — Bath time was always a struggle for this Independence family raising a child with special needs.

In fact, he loves the water so much, she’ll often find him fully dressed and sitting in the bathtub waiting for someone to turn on the water.

But Mickey has no trouble letting Erika and dad Kelly know how much he loves to take a bath. The problem is that the bathroom in the Hinrichs’ Independence home is so small that Erika has to carry Mickey to his bedroom to dry him off and change him.

Each year the task of lifting Mickey out of the tub and carrying him to his bedroom becomes more of a challenge.

“When we set out with this thing 11 years ago, the driving force was how can we make the largest impact to a child’s life,” said Chris Peterson, a Schloegel vice president.

Peterson said Schloegel’s vendors and subcontractors also give of their time and products to make the project happen. FOX4’s Love Fund helps find families who qualify for the free bathroom.

When Erika learned her family had been chosen she was shocked.

“I thought there were so many people that applied that were so much more worthy,” she said.

It wasn’t long after we spoke to Erika that Schloegel began work transforming the bathroom. To enlarge the space, Schloegel combined the half-bath in the master bedroom with the full bath in the hallway. Erika picked out all the tile, colors and fixtures, putting special emphasis on the ever-important tub.

A few weeks later, it was time for the big reveal. Check it out in the video player above.

“Oh my goodness,” said Erika as the door to her newly remodeled bathroom was slowly opened. Her once cramped and dated bathroom was now spacious and modern, with colorful flooring and tile. But the tub was the superstar. It has jet streams.

Next to the bathtub is a zero-entry shower that Mickey can access by wheelchair if he doesn’t want to take a bath. Plus, one of the doors has been widened for easy wheelchair access.

“Everything looks so nice and so clean,” Erika said. “I would have been thrilled with just that. But they didn’t just do that. They went above and beyond, bringing to life the warmth I so wanted to have and the design.”

As for Mickey? He had already climbed inside that new tub, waiting for the water works to begin.

FOX4 Newsletters: Get news updates sent to your inbox

Sun Apr 4 , 2021
Visitors to Joy Campbell’s house may be forgiven for thinking they’ve stepped into a museum. With antique wooden objects everywhere, the Padanaram home’s interior is so striking that it will soon be gracing the pages of Country Sampler Magazine, a lifestyle and decorating publication that specializes in Americana and country […] 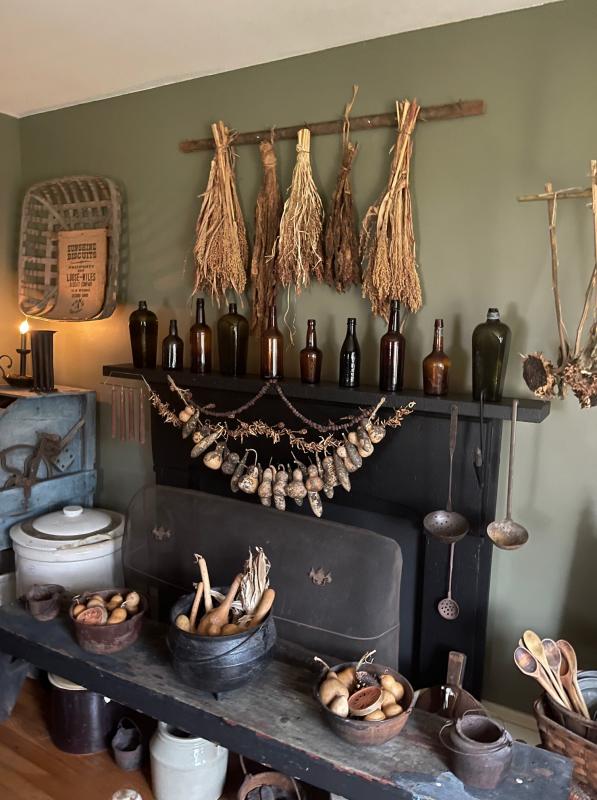