Have you heard of “toilet plume”? It’s a the spray of contaminated particles that erupts from the bowl when you flush. Yeah. If that’s not reason enough to pay more attention to housekeeping, nothing is. But if you think about it, toilet plume is just one of the many ways […]

Have you heard of “toilet plume”? It’s a the spray of contaminated particles that erupts from the bowl when you flush. Yeah. If that’s not reason enough to pay more attention to housekeeping, nothing is.

But if you think about it, toilet plume is just one of the many ways bacteria, fungus, and yeast spread and thrive in your bathroom. Consider all of the other human detritus that’s not, strictly speaking, waste: Dead skin, hair, boogers, etc. And all being processed in one of the smallest rooms in your domicile.

We have only ourselves to thank for all those germs.

So I talked to two industry experts who promised to help me find out how to fight back against the bacteria. I got bathroom-germ intel (and cleaning tips!) from Tricia Holderman, CEO of Elite Facility Systems—which specializes in infection prevention and control—as well as Mai Ha, PhD and senior product development engineer at Microban, specializing in odor control and antimicrobial technologies. With their wisdom, constant vigilance, and a toilet plume containment plan, you, too, can have a clean bathroom.

“The shower is where we all deposit our old skin, germs and dirt,” says Holderman. In other words, the shower is one of the biggest offenders.

“A wide variety of bacteria, fungus, and yeast can thrive in such an environment,” says Ha. “In addition, soap scum, hard-water scaling, plus hair and skin exfoliates can stick to surfaces and gradually build up. These hard-to-remove surface contaminants can provide even more safe harbor for bacteria, fungus and yeast to grow.” This could be as severe as black mold growing in the caulk or curtains, or fungus awaiting your feet. (You don’t need to be an athlete to get athlete’s foot.)

Holderman suggests disinfecting the shower walls, basin, and curtain or door after every use with disinfecting wipes or spray to kill everything. “The next best thing is squeeging or leaving the curtain or door open, to allow for faster dry time, which also prevents fungus and mold from growing.”

Believe it or not, the toilet isn’t the biggest threat in your bathroom. “Most germs cannot survive long on the seat, and must be transmitted via an opening in the skin,” says Holderman. (Though Dr. Ha notes that E. coli can thrive on and around the bowl itself, so keep those Clorox wipes close by.) “The worst part is the plume emissions from the flushing.” Our worst fears=confirmed. “While closing the lid does not prevent ALL germs from escaping,” she goes on. “It does a great amount. Otherwise, the plume can spread droplets up to six feet, infecting any item within that area, such a toothbrushes, razors, and combs.” And you’re putting those things in your mouth, on your freshly opened pores, and atop your head…

“The germiest part of the sink is the handle,” says Holderman. “It is always touched by dirty hands.  A part of the sink often overlooked is the screen that limits the water flow.  The moistness is a favorite condition for germ birth and expansion.” You can often unscrew this with a groove-joint pliers or pipe wrench—and then clean everything with vinegar or boiling water—but we’re not about to tell you how to dismantle your bathroom sink in a grooming and wellness article. Ask your landlord, or, if you’re the landlord…Google it.

Launder All Towels and Bathmats

Dr. Ha suggests changing towels and mats once or twice a week, at the least: “In general, moisture and humidity will cause more rapid growth of micro-organisms in the absence of any antimicrobial treatment, so efforts to hang towels and mats so they will dry after each use will extend the time between washings. Of course, if someone in the household is ill, increased frequency of washing and cleaning will help to prevent the spread of disease.”

Holderman says to wash towels with hot water using bleach or a laundry sanitizer. “Most home washers do not get hot enough to kill all the germs and remove the dead skin that accumulates on the towels,” she says. “Mats generally cannot be washed in very hot water without damaging them, so it is necessary to kill the germs with the chemicals in bleach or sanitizing additive. Bleach-alternative products are not effective as disinfectants.”

“Cleaning your razor with alcohol or hydrogen peroxide will kill most germs,” says Holderman. “Doing this for short periods frequently will kill the germs without damaging the metallic finishes of the razor’s holder and handles.” You should also rinse it thoroughly, and let it dry upright in a ventilated place, away from TOILET PLUME!!!!!!!

Like your razor, toothbrushes should be stored upright in a ventilated space, away from TOILET PLUME!!!!!! Ha reminds us that these are disposable items, and “they should be changed out and replaced on a regular basis per the manufacturer’s directions. Using these items too long will contribute to the buildup of microorganisms.” Luckily, a toothbrush gets a twice- or thrice-daily cleaning as you brush, but that’s just the bristles and head. You should still swap it out every three months, per the ADA’s guidelines. (A good toothbrush subscription will replace them automatically at this interval.)

“Loofahs are meant to be wet, but this is also their downfall, as it takes considerable amount of time to dry out,” says Holderman. “The dead skin, dirt, and perspiration the loofah has removed you’re your body are now in the pores of the loofah.” Comforting! “After each use, soak in a 4-to-1 ratio of bleach to warm water, for five minutes, then hang to dry.” Our vote: No. Just don’t buy loofahs. Bar soap ain’t broke. “Hang to dry after use if you cannot clean it immediately.  Replace at least monthly or if it looks or smells soiled.” OR JUST DON’T BUY A LOOFAH.

Wipe the Handles and Switches

“Keep disinfecting wipes handy for killing germs on light switches, doorknobs, cabinets, and faucets to prevent the transference of germs from person to person,” Holderman says. In other words, after you wash your hands and touch the handle and the door knob and the light switch… you’re already f*cked.

Use the Best Cleaning Products

“For disinfecting surfaces, bleach-based cleaners are the best broad-range disinfectants,” Dr. Ha says. “They contain very harsh chemicals, but they are very effective at killing a wide range of microorganisms. Bleach-based cleaners can even remove the color caused by mold stains. Quaternary ammonium-based disinfectants are gaining more acceptance in the marketplace and not as harsh as bleach. The trick is to clean often so nothing builds up. For maximum effectiveness with any cleaner—not to mention safety—be sure to follow the instructions on the label.” And never mix ammonia and bleach. It’s lethal. Real talk.

The real-life diet of Travis Barker, who has eaten vegan since surviving a plane crash

The real life diet of Patrick Schwarzenegger, who’s trying to gain 27 pounds for his 27th birthday

Jermaine Jenas on the temptation of TikTok in lockdown

Wed Apr 7 , 2021
The Porsche Macan continues to be the brand’s best-selling vehicle, even if the current-generation model debuted all the way back in 2014. It last received a redesign for 2018, and Porsche is yet again giving it a nip and a tuck before the all-electric Macan debuts in the coming months. […] 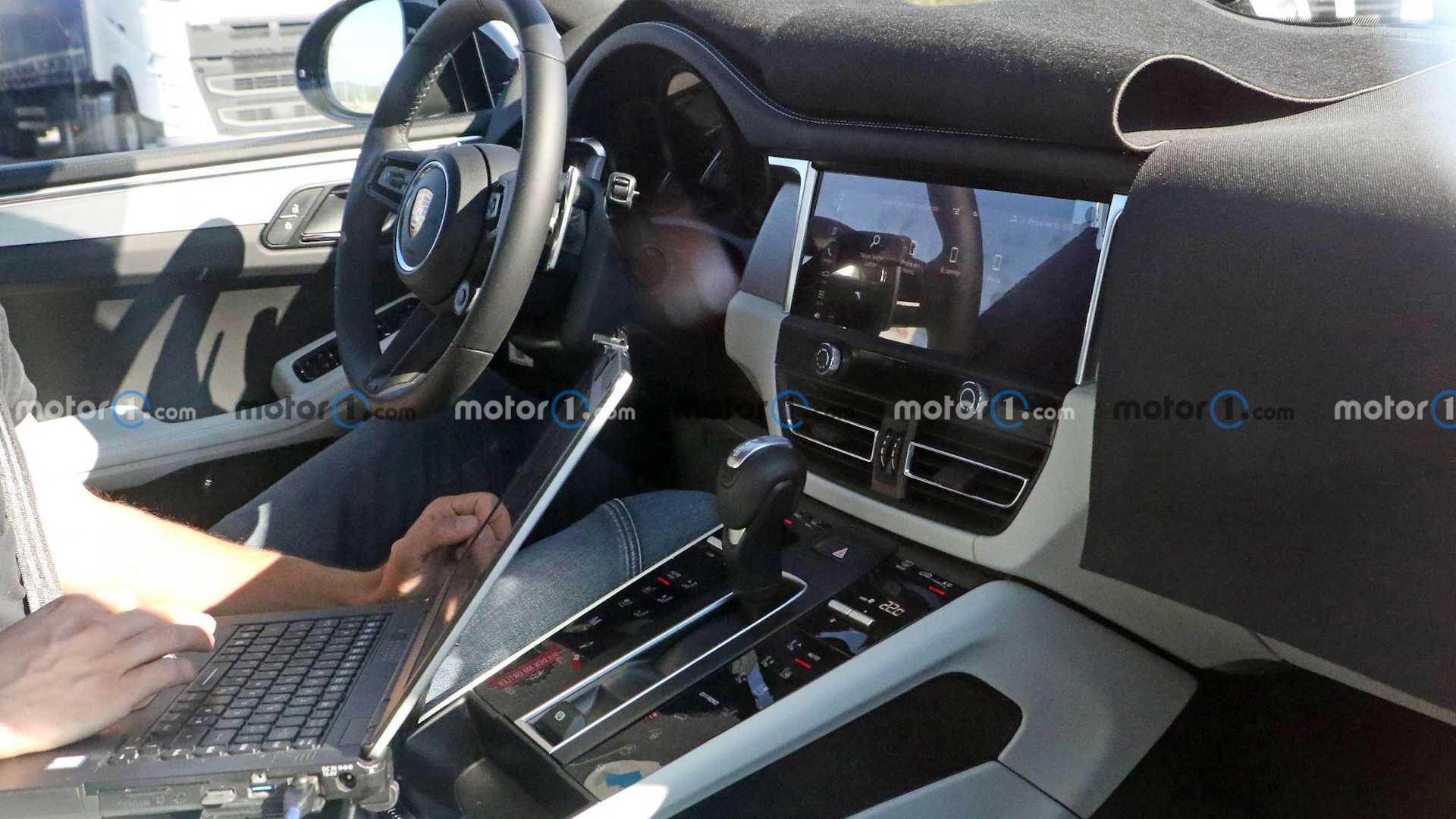