Charmin’s latest innovation was built with the age of teleconferencing in mind. The BRB Bot is a video chat bot designed to let you use the bathroom while your face remains on the screen. The BRB Bot is a desktop app that Charmin says uses “machine learning, natural language processing, […]

Charmin’s latest innovation was built with the age of teleconferencing in mind. The BRB Bot is a video chat bot designed to let you use the bathroom while your face remains on the screen.

The BRB Bot is a desktop app that Charmin says uses “machine learning, natural language processing, and tone analysis” to simulate reactions to the call, making facial expressions, and even laughing at jokes. During an online press conference, actor Niecy Nash and Pittsburgh Steelers wide receiver Juju Smith Schuster, alongside Charmin reps, demonstrated the BRB bot by surreptitiously stepping away from their cameras while their faces remained on the screen and appeared to move naturally.

I’ll be honest, I thought this entire thing was a bit. You make an announcement about software, have some people just act normally in front of their cameras and then say they stepped away to use the bathroom. Everyone gets a sensible chuckle. However, after the press conference, I got a closer look at the software through a separate Zoom call, and was shown the interface, its setup, and a confirmable demo of the bot being turned on and off. It actually seemed to work!

The software sets up a virtual camera device on your computer that displays the video feed from your webcam when the bot isn’t enabled. When it is enabled, the bot plays a variety of pre-recorded clips of your reactions, based on what it detects is the tone and content of the video call (through IBM Watson voice-to-text transcription and content analysis). Before using it, you have to actually record those clips through the software, responding to a variety of prompts with the appropriate action and expression so the bot can cut those clips in later. It remixes clips of your face to give the impression that you’re still in front of the camera even when you step away. From what I saw, it works pretty well.

That said, Charmin has not announced any plans for public release (heh, “release”) of the BRB Bot, which it says is currently beta-only. Nor does it plan to open beta testing to users outside of Charmin internal. So, for now, it’s a goofy, amusing tech “demo” that promotes Charmin as a brand and isn’t actually intended for public release. That could change in the future, since it seems both technically feasible and potentially useful.

Recommended by Our Editors

This isn’t the first time Charmin has shown off goofy bathroom-themed technology as part of its marketing. The company appeared on the show floor at CES 2020 to show off several toilet-related gadgets, including the RollBot Bluetooth-controlled wheeled toilet paper delivery drone, the SmellSense bathroom smell sensor, and the V.I.Pee VR-equipped portable toilet. Obviously, these were never released to the public, and it’s possible BRB Bot won’t, either.

Cool idea, though, and actually functional.

Get Our Best Stories!

This newsletter may contain advertising, deals, or affiliate links. Subscribing to a newsletter indicates your consent to our Terms of Use and Privacy Policy. You may unsubscribe from the newsletters at any time.

The bandana gets some new twists in decor

Wed May 5 , 2021
If ever a 22-inch square of cotton could tell stories, it would be the bandana. This simple piece of cloth has swabbed the sweat off the brows of sailors, farmers, miners, soldiers and factory workers for generations. And you’d be hard-pressed to find a Western film without a cowboy sporting […] 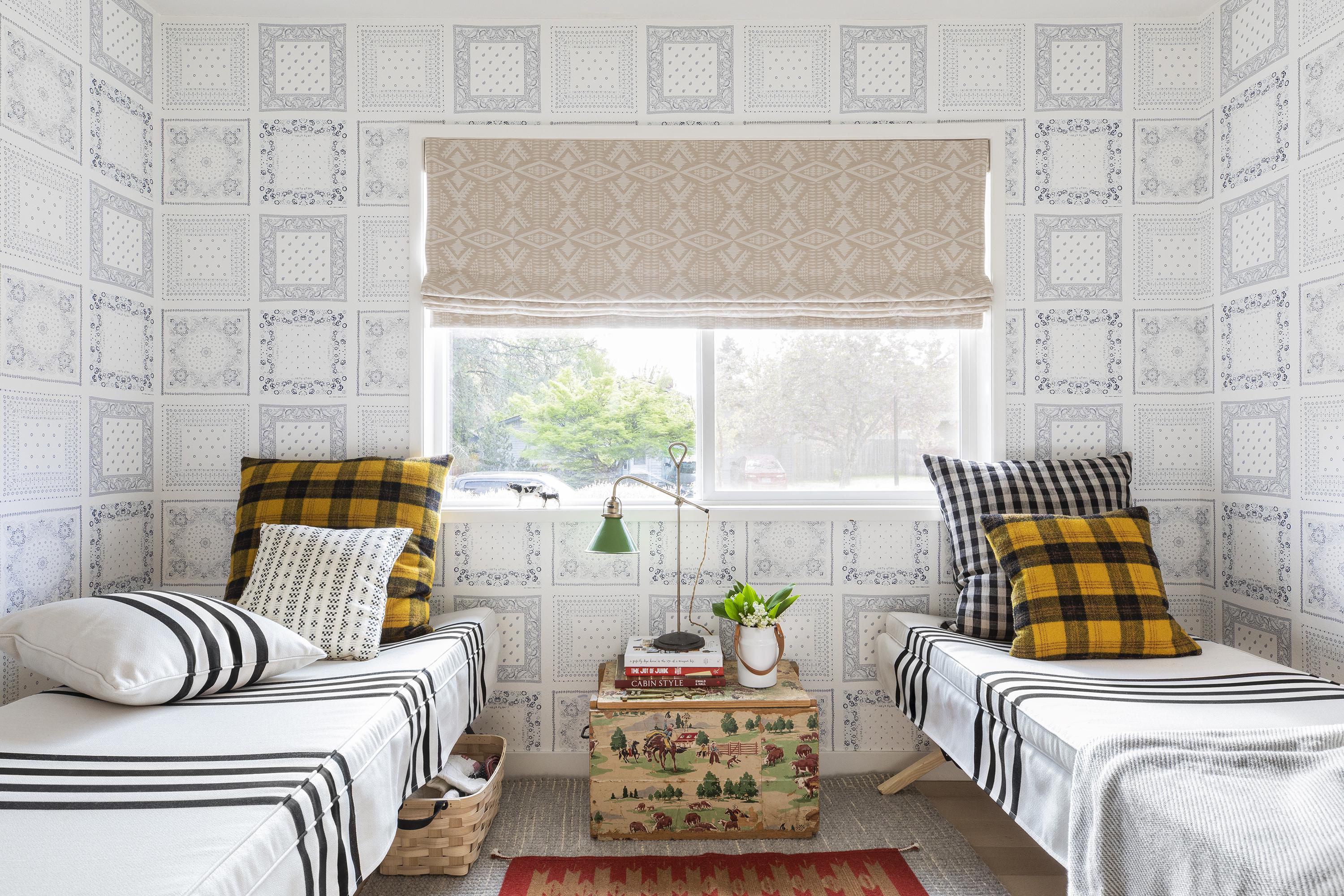