Austin real estate is on fire, and no one knows it better than Kumara Wilcoxon.  The Malibu, California, native moved to Austin 21 years ago for a job in tech. Since then, she’s sold over $1 billion worth of property.  And this year, she’s busier than ever: Austin has become […]

Austin real estate is on fire, and no one knows it better than Kumara Wilcoxon.

The Malibu, California, native moved to Austin 21 years ago for a job in tech. Since then, she’s sold over $1 billion worth of property.

And this year, she’s busier than ever: Austin has become a wildly sought-after hub for migrating tech workers, financiers, companies, and coastal transplants over the last year. Corporate giants from Google to Oracle have announced expansions in the Texas capital over the last year, and the metropolitan area population grew over 3% in 2020, according to the US Census, making Austin the fourth most popular place to move last year.

Deep-pocketed homebuyers enlist pros like Wilcoxon to help them find their dream properties, while sellers hire her to fetch the highest prices for their Texas mansions.

In 2002, Wilcoxon learned the real-estate business by working at a boutique brokerage, carving out a niche targeting condo buyers in downtown Austin and serving the young tech crowd that was, even then, flocking south. The city’s tech boom has taken off in the years since, welcoming the likes of big tech from Facebook to PayPal and earning the nickname the “Silicon Hills.”

From there, she started selling “tons of condos,” eventually graduating to single-family homes as both she and her clients grew up. In Austin, downtown condos in high-rises are perched above a lively food and music scene, surrounded by neighborhoods with single-family homes, especially to the north.

In 2014, Wilcoxon joined the brokerage Kuper Sotheby’s International Realty to work exclusively on luxury properties. She started doubling her sales and became one of Sotheby’s top agents within a year. Wilcoxon is also a member of Austin’s Elite 25, an exclusive membership group representing the top 1% of local real-estate professionals. Having sold nearly $180 million of real estate in 2020, according to Real Trends, she’s ranked in the top 50 agents nationwide, too.

Wilcoxon let Insider in on a typical day working with Austin’s richest buyers and sellers.

Wilcoxon wakes up and starts the day with two large glasses of lemon water, then a cold-pressed celery juice.

As the morning progresses, she’ll enjoy a mug of hot Earl Grey tea with almond milk while she catches up on emails and texts and reviews her schedule for the day.

Anything that requires a quick answer takes priority in the morning, whether it be a deal negotiation, offer letter, or client correspondence.

“Getting a good workout in is always an important part of my day,” Wilcoxon told Insider. She often boxes at Knock Out Austin, which she calls the best workout in town and her current favorite routine. If she’s not there, she’s doing yoga or playing tennis.

“It’s my stress relief, how I keep my head clear — the only way I’m able to be as successful as I am,” she said.

Time for a team huddle to plan out the day and assign tasks.

Wilcoxon and her assistant follow up with buyers and sellers on matters from outstanding counter offers to arranging upcoming listing appointments. They spend time reviewing private listings — homes yet to be listed publicly — to send to clients, too. In Austin right now, there is rabid demand for a relatively small number of homes for sale, so these private, or whisper, listings, are even more important.  They represent the chance to move on a property fast before it’s even formally for sale.

There’s a huge incentive for buyers to buy off-market properties because home sale prices are never disclosed, she said, which is ideal for people concerned about privacy or who don’t want to flaunt their wealth. The private-listing market in Austin has become huge because of Texas’ non-disclosure rules, she said. “Everything is pretty much under the radar,” Wilcoxon said. “Buyers doing research on their own will never really know what’s going on here. You really need a buyer’s agent because there’s so much off-market. You can’t rely on the internet.”

Wilcoxon takes a client on a showing of a luxurious Austin condo.

One of her current trophy listings is a four-bedroom penthouse that sits on the 30th floor of the Four Seasons hotel-condo tower downtown. On the market for $21.5 million, the palatial pad has two fireplaces, marble countertops, a wet bar, and a gym.

Other unique on-site amenities include a 500-bottle wine cellar, dog-friendly balconies (outfitted with charcoal-filtered turf), a media room, and a home theater.

Wilcoxon hosts a luncheon at the Four Seasons penthouse for sale for the other top brokers who are also members of Austin’s Elite 25.

It’s the first in-person event she’s hosted since the pandemic started. Fully catered, the group sits down to trade information and advice about listings, their buyers, and the current state of the market.

She takes a high-profile client visiting from out of town to tour an off-market home on Lake Austin. The coveted properties on the scenic waterfront 20 miles from downtown are even more sought after right now as the pandemic boosted the importance of more space to work from home and private outdoor access.

By the next hour, Wilcoxon is showing her listing at 7 Green Lane in the central Austin neighborhood of Pemberton Heights — a $7.75 million custom rebuild of a historic property. The 6,900-square-foot, five-bedroom home, originally designed by award-winning architect Gomel Roessner and currently under renovation, was featured in Architectural Digest in 1968.

She attends the closing for 1 Niles Road, a mansion in the heart of Old Enfield, a neighborhood just west of downtown, listed for $17.5 million.

She submits an offer for a Lake Austin property on behalf of a client.

In a market flooded with buyers, inventory is scarce, and she’s had to deal with countless multiple offer situations and bidding wars over the last year. Buyers are making major concessions, like waiving inspections, to win homes, Wilcoxon said. “It’s a total seller’s market,” she added.

She often arranges for clients to swap or trade homes. “It’s like chess,” she said.

When it seems like the publicly listed properties have run out, she approaches homeowners and says, “My clients love your house. What’s your price?” Some people will become sellers, she said, if you bring them a big enough offer.

She heads to a listing appointment in West Lake, a posh area about 15 minutes away, for a prime property overlooking the city and Lake Austin.

It’s time for dinner with the family. Wilcoxon loves to cook, but she often takes her kids to favorite eateries like Jeffrey’s, a local steakhouse with a great outdoor patio.

A resident of West Lake herself, Wilcoxon is currently remodeling her home and living in another property she owns in Clarksville, which she described as a walkable, fun, urban neighborhood just west of downtown.

She starts to wind down with the boys before their 8 p.m. bedtime with bath time and some reading.

After the kids go to bed, she catches up on emails, reviews more offers counteroffers, and checks in with her assistant during a 9 p.m. end-of-day call.

With two kids and a busy calendar, Wilcoxon said, she doesn’t usually have time watch TV. By 10 p.m., it’s time for bed.

Tue Jun 15 , 2021
(NEXTAR) – Penny for your thoughts on this woman’s bathroom renovation? A woman on social media has gone viral after “tiling” her bathroom floor with pennies, but at least one eagle-eyed viewer has given her reason to doubt the DIY job. Over the past year, Jordan Darian has been documenting […] 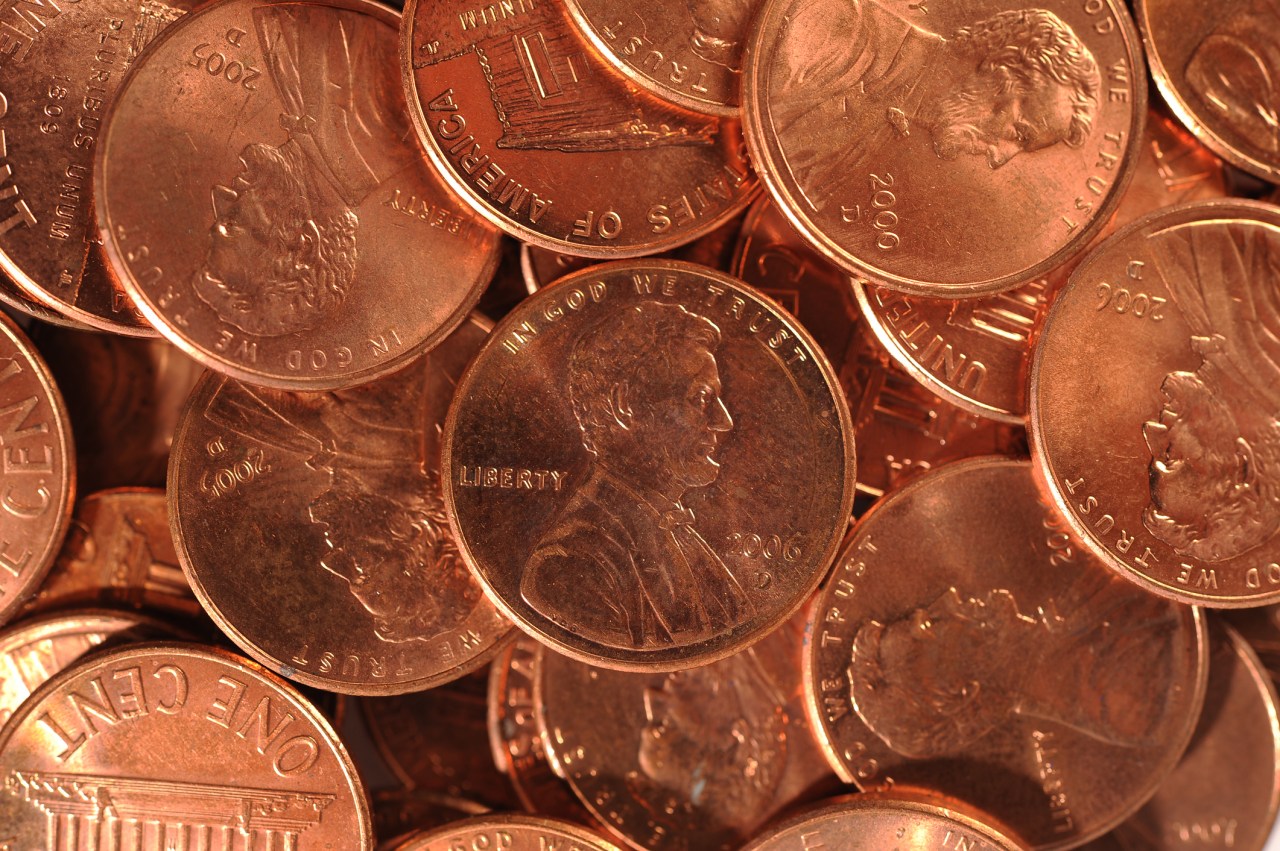